The Memphis Christmas Parade in Whitehaven is back! This year’s parade will take place on Saturday, November 19, 2022 at 10AM.

The Memphis Christmas Parade in Whitehaven (formerly called the Holiday Festival Parade) started in 1998 and is  sponsored by the Academy for Youth Empowerment under the direction of Hazel Moore.  This event is one of several outreach initiatives held by the Academy. 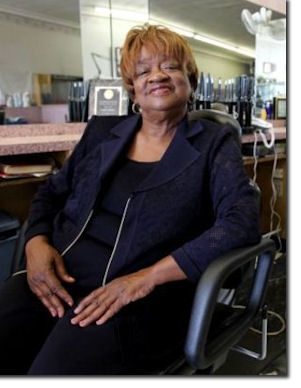 The main idea behind the parade was for schools, community and businesses to work together to build a stronger community.  Since the turnout and response was so remarkable, the parade has been held every year for the past 24 years.

The parade is a much anticipated event.  People stand curbside and cheer as the procession of school bands, floats, motorcades and community organizations pass by the crowd. Organizers of the event have been instrumental and are responsible for the parade’s popularity and taking it to another level each year.

In partnership with Graceland, the event expanded into a Winterfest weekend.  Starting the Friday before Thanksgiving, Elvis Presley Graceland kicks off the holiday season with the annual lighting ceremony.  On Saturday, the community gathered along Elvis Presley Boulevard to watch Holiday Festival Parade.  The weekend culminates with the Songs of the Season concert on Sunday.